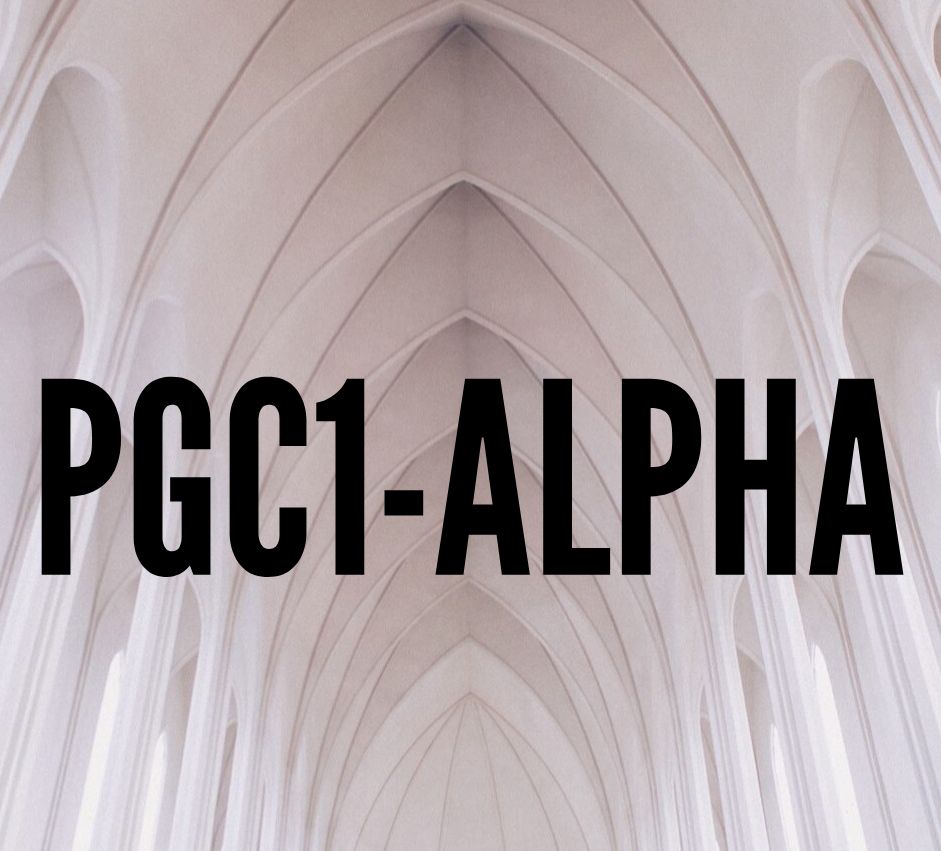 As we discussed in the prior blog topic, inducing catabolic processes that balance out anabolic pursuits leads to greater potential for longevity.  Today’s topic fits within this balancing effort.

Peroxisome proliferator-activated receptor-gamma coactivator (PGC)-1alpha is a member of a family of transcription coactivators that plays a central role in the regulation of cellular energy metabolism. PGC1α is a key regulator of mitochondrial biogenesis and respiration, adaptive thermogenesis, gluconeogenesis as well as many other metabolic processes.  The expression of PGC1α is highly inducible by physiological cues, including exercise, cold and fasting.

It is strongly induced by cold exposure, linking this environmental stimulus to adaptive thermogenesis. PGC-1alpha also stimulates mitochondrial biogenesis and promotes the remodeling of muscle tissue to a fiber-type composition that is metabolically more oxidative and less glycolytic in nature.

It is possible for muscle tissue to remodel/re-orient based on the influence of PGC1-alpha. Generally speaking, men tend toward greater glycolytic or Type IIB/Phasic tissue orientations leading to greater power output potential.  Women tend to possess greater Type I/Tonic orientation allowing for greater aerobic capacity.  Type I fibers also possess a lower threshold to activation, have greater endurance and are the foundation of postural stability.  Type IIB fibers on the other hand require greater stimulus to activation and carry little endurance.

This is important for you in maintaining posture as you age gracefully.  Posture is the starting position for all movement...starting movement from a posture that already includes compensations creates greater risk that faulty movement patterns imprint upon your nervous system.

These faulty patterns imprint what are called motor engrams and require hundreds of correct repetitions starting from correct posture to correct.  These motor engrams tend to manifest in flexor pathologies such as forward head posture coupled with Thoracic Kyphosis/curvature both of which can severely affect breathing/lung function, lumbar spine and hamper longevity.

While a shift toward Type IIB leads to breakdowns in posture due to Type IIB fibers requiring greater stimulation to activation and lack of endurance.  Type I fibers further form the basis for posture given that they provide reflexive stabilization.  Any sensory stimulus that creates a neuromuscular response is mediated through these tonic fibers.  Without the reflexive capability of Type I fibers and greater reliance on fibers that have migrated into Type II, your body will be forced to tighten those muscles that cross joints in an attempt to limit motion within those muscles lacking reflexive stability.

Beyond its effect on muscle fiber orientation, PGC1-alpha also plays a key role in a host of other metabolic processes.  One key process is mitochondrial biogenesis.  Your mitochondria are the energy factories within your cells that produce 90% of your chemical energy.  They also play a special role in killing off old cells that can grow aberrantly into tumors.  Given that mitochondrial dysfunction is becoming more prevalent and it’s estimated that 48% of us have some level of mito dysfunction by age 40.

PGC1-alpha also participates in the regulation of both carbohydrate and lipid metabolism. It is highly likely that PGC-1alpha is intimately involved in disorders such as obesity, diabetes, cardiomyopathy and plays a key role in lipid metabolism.

PGC1α is also a powerful regulator of ROS(Reactive Oxygen Species) removal by increasing the expression of numerous ROS-detoxifying enzymes. Therefore, PGC1α, by controlling both the induction of mitochondrial metabolism and the removal of its ROS by-products, would elevate oxidative metabolism and minimize the impact of ROS on cell physiology.

Endurance exercise has been shown to activate the PGC-1α gene in muscle tissue. Exercise-induced PGC-1α in muscle increases autophagy, a topic discussed in last week’s blog.  Also related to last week’s blog, the CAROL bikes are engineered to induce a catabolic pathway that leads to PGC1-alpha signaling.

In addition to exercise induced PGC-1α, cold also induces it.  Cold has also been shown to be responsible for white fat activation of thermogenic genes that prompt the browning of white adipose tissue and the consequent increase of background metabolism.

The primary physiological function of White Adipose Tissue is energy storage, whereas the primary function of BAT/Brown Adipose Tissue is energy dissipation, largely in the form of heat. In fact, BAT produces ∼60% of the heat generated by nonshivering, adaptive thermogenesis. Spurred on in part by the prevalence of human obesity, interest in adaptive thermogenesis has increased because of the possibility that it may provide a physiological defense against obesity.

So, when possible induce PGC1-alpha through exercise, cold therapy or bouts of fasting to aid in increasing your longevity and healthspan.